Marco shyly tries to ask Jackie Lynn Thomas out on a date, but finds that he is blurting out embarrassing things about himself. He then discovers he has sprouted a small little head out of the side of his neck that is saying all those things. It is a Naysaya, a curse that Tom had placed on Marco so that Marco would not be able to ask out Star. The Naysaya can only go away when it is appeased, so Marco tries giving it what it wants, which is some cereal, but it doesn't go away. Marco meets Jackie again but the Naysaya starts to act up, so Marco decides to spill out all his insecurities in front of Jackie. 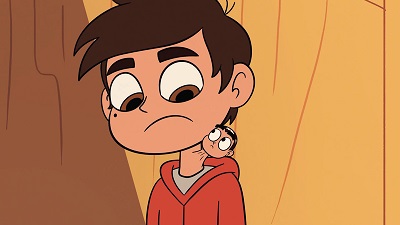