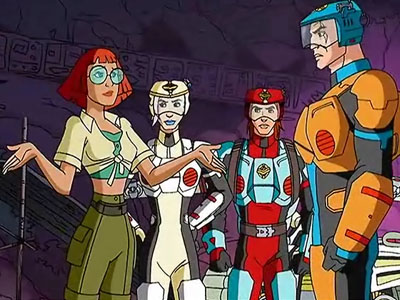 After being chased by creatures and visiting an ice planet, the team begins to wonder if they are on a pointless quest. Draga opens a gate to ""where they wish to go"" and they end up on Earth in the Yucatan, where a local professor working for a Horace Van Gelder reveals she discovered the new gate. The shapeshifter Nephestus, disguised as Grimes, is working with Van Gelder and gets word the team is present when they contact Stargate Command. Disguised as Stoneman, Nephestus welcomes them and claims he'll help them clear their names, then summons Da'kyll and his Tlak'khan. Draga suspects something as Stoneman sends the cadets into Cancun â€“ in fact it's an ambush but they turn around and return. Gus and Draga catch on and make their escape while the others return in just in time to rescue them. The team is forced to escape through the Gate and go on the run once more before they can clear their names, and the Tlak'khan and Nephestus depart with Van Gelder as Nephestus takes his place to