Fight for Your Life or Eat

A tempting offer has some Survivors opting out of the Immunity Challenge. Who feels safe enough to sit out, and who won't risk a loss? Terry and Sally continue to lobby the remaining Casayas to join forces with them. Will their efforts to form a new alliance finally pay off? Terry shares Navy stories with his tribemates, and the former Casaya women worry he is unbeatable. After winning Individual Immunity two weeks in a row, can Terry keep his streak going? One male Survivor becomes one of the girls. Has he lost his mind, or does he have a valid reason to be walking around in a skirt? 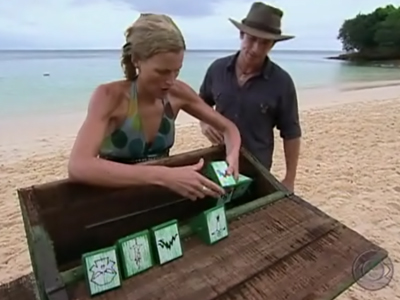