When Zena insists that Louie meet her parents, Louie is so worried about it (Zena's father is a minister) that he bribes Alex to come along with them to dinner, to keep him from embarrassing himself. At dinner, despite Alex's attempts at keeping Louie from acting crude, Louie manages to offend Zena's parents, yet the parents still act gracious towards him. Still, Louie believes the parents have accepted him, until Zena's mother tells him in private that if he tries to marry Zena, she'll have him killed (but makes him vow to keep that a secret). 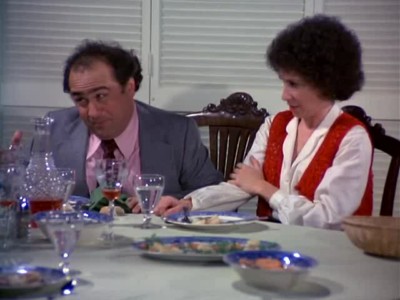