On a transatlantic cruise Sally Benner falls in love with a London policeman named Tommy Bonn. On the eve of their wedding, Sally gets cold feet and takes a walk in the London fog. Tommy grows worried because there has recently been a number of stranglings in London. He and his partner Stephen Leslie go looking for her. The find a man named Clarke and suspect that he is the strangler. Clarke tells them that he has just murdered a woman that matches Sally's descriptions. He tells them that he dumped the body into a river. Tommy returns to tells is family, but is shocked when he finds Sally alive and well. Sally tells him that the wedding is back on. Clarke, however, was the strangler and the body of his victim is dredged out of the water. 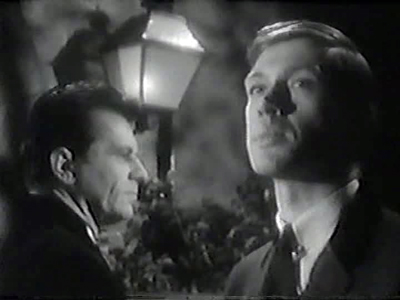