Allianora (from "Ghost of a Chance"), the Woman in Black, contacts Darien and invites him to join the Organization (i.e., Chrysalis). He is understandably reluctant, but she shows him top secret Agency files that show they are planning to replace him with a more cooperative Gland recipient. He investigates and finds the information to be true, but also discovers that the plan was for him to be the replacement for his predecessor. Remaining loyal to the Agency, Darien attempts to infiltrate Chryalis, and even takes up their offer to "kill" Allianora, suspecting the bullets are blanks. They are, but she is wary of him once he "proves" he is willing to kill her. Darien then tries to infiltrate Chrysalis' computer banks, but is caught. Before they can remove the gland, Allianora frees him, setting the HQ building on fire. She disappears once more. 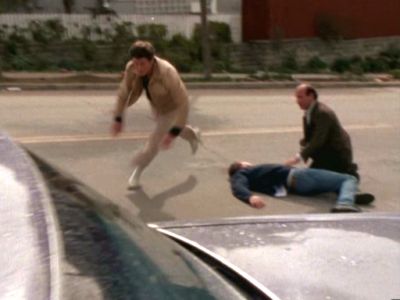