It's a Small World

Thanks to a leak in Chrysalis, Hobbes and Darien get the goods on a politician that Allianora is trying to bribe. Realizing they have a leak, Chrysalis takes unspecified measures to stop the leak. Allianora visits Darien and tries to force him to give up the name of their contact, but he refuses and the two end having making (invisible) love. The next morning Bobby and Darien meet with the contact, only to have him killed by a Chrysalis ambush. The Keeper soon realizes that Darien was bugged with nanobots during his...encounter with Allianora. They transmit everything he sees and hears. The Official fake-executes Darien while they put an insulated helmet on him to make Chrysalis think he's dead. They then investigate a pharmaceutical firm and discover Chrysalis plans to attach the nanobot bugging devices to students at an elite school. While Hobbes and the Keeper stop them, Darien tries to lure off the Chrysalis strike team to the school pool. Using a pair of goggles, he prevents them 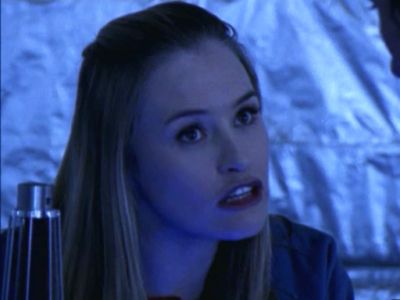