After a great Thanksgiving, Doug and Carrie tries to recall their first Thanksgiving together who said, "I Love You" first. They consult Arthur who quickly recalls some other Thanksgivings and finally recalls 1993 when he was having a fight with his new wife Lily. When Doug arrives to the house to meet Carrie's family, Carrie, ashamed of her family, runs off and leaves Doug to have a dinner with each parent one at a time. Even though he physically engraves and rebuffs the bowling balls, Arthur criticizes Doug's job at IPS to be replaced by a robot in the near future. When Carrie comes back, they both express their love for each other as Arthur proclaims that her relationship with Doug will not last. 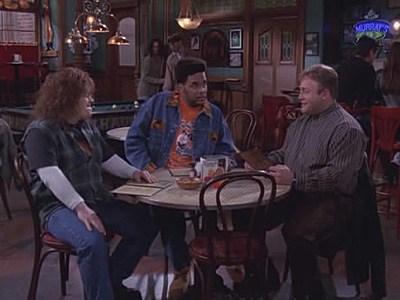