In the first half-hour, Doug believes that his new dentist --who once had a crush on Carrie--is hurting him on purpose. The second story, which marks the show's 100th episode, focuses on Carrie's dad, Arthur. When Arthur's volatile behavior gets out of control, Doug and Carrie insist he visit a psychiatrist. During the session, Arthur recalls via flashback a disturbing encounter with his own disgruntled dad that may be at the root of his abrasive personality. 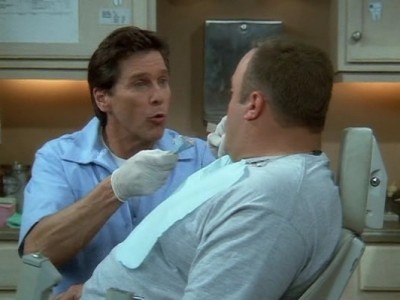