Vanderbilt expands his enterprises, realizing that oil is the nation’s next crucial commodity. The demand for oil is high and Vanderbilt knows that it will be an important item for his trains to transport. He turns to a young oilman from California named John D. Rockefeller to make a deal that will work for both businessmen, but rivalries emerge between them. Rockefeller’s Standard Oil has become one of the nation’s first monopolies. A financial panic in 1873 shows that the American economy is on shaky ground even as it expands. 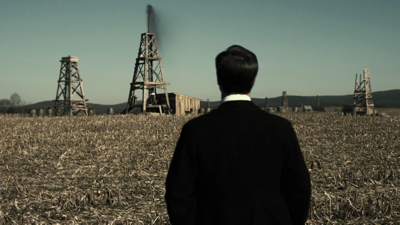