Vicky decides to turn to an old, ex-boyfriend over the internet for advice about what to about her son, Larry, who insists on wearing women's clothes. While she's online, though, she discovers some of Dave's secret e-mails he's been sending to someone with the screenname ""Lonely Lady in Michigan."" Having discovered this, she decides to confront him. However, Hillary also has some problems of her own, but refuses to to tell Vicky about it. 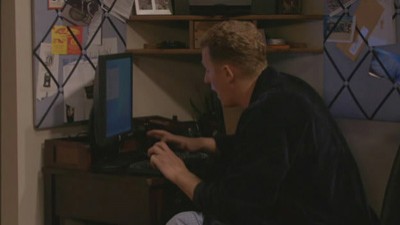