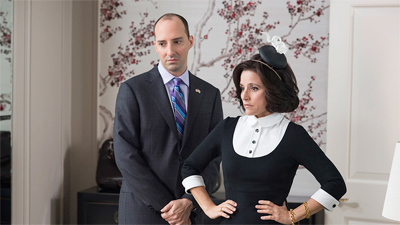 In the U.K. for the 100th anniversary of WWI, Selina’s staff worries about Ray’s growing influence on the Veep. Meanwhile, Dan’s nerves begin to fray as Ben gets news that sends him back to D.C. Later, Jonah arrives in London, U.K. to spy for Team Maddox, and Amy leaks a secret.