It's almost Christmas and Kurt's memory disease is becoming more serious. He realizes that it will soon be necessary to tell his colleagues and the rest of the world that he's sick, but finds the idea of giving up his job - his only identity - hard to face. In Ystad, there is a brutal kidnapping of a famous restaurateur, Paolo Salino. Kurt takes on the case, but is forced to enlist the help of his colleague Jenny at Malmö police. But she does not live up to all that she pretends to be, and is slow in understanding what Kurt is looking for. When the tracks of the investigation lead straight into the police ranks, the resolution - Kurt's final event as a policeman - turns violent. One final battle that is about Kurt's struggle against his illness and towards justice in a corrupt police force. He is forced to ask himself one last time, why he chose to be a cop. 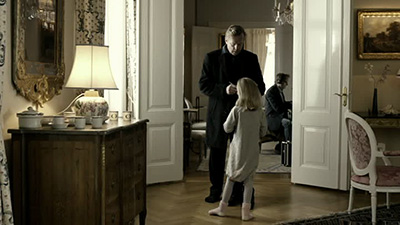