Wilfred comes into Ryan's yard, so the two go to the beach, as Wilfred has always wanted to swim in the ocean. After Ryan lets him, the two bond more, and spend the day hanging out. When Ryan drops Wilfred off, Jenna asks Ryan to trick Wilfred into going to the dentist to get his teeth cleaned. Ryan reluctantly accepts, and tricks Wilfred by telling him they're going to the movies, and Wilfred is mad at Ryan. While under anesthesia, Wilfred reveals a horrifying secret about Jenna. 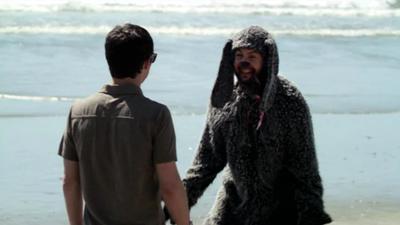