The arrival of Helen's elder sister Casey to Nantucket sidetracks Joe's plan to give Helen an engagement ring.What was originally planned to be an evening for two at Lexington's becomes a party of four,with Casey along to catch up with Helen and Brian along to occupy Casey.Then,before Joe can give Helen his ring,Casey gives Helen an even bigger ring as a gift,and Joe's angry frustration brings the night to a halt.He apologizes later that night and gives her the ring,but once again Casey drops in to spoil things.Helen finally stands up to Casey,after one, to many of her snide remarks.Casey then reveals that her husband has left her,and she has no where to go.So Helen invites her to stay with her for as long as she wants. 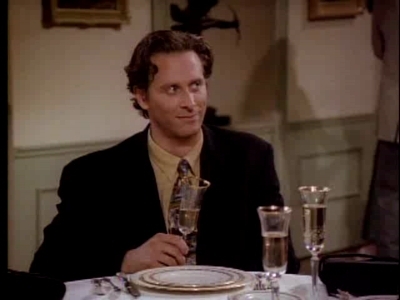