One Flew Over the Cooper's Nest

Sandy's return sends Joe to the psychologist, as no one believes his stories of her obsession with him. The psychologist does wonders to calm Joe down, but the real psycho is revealed when Joe meets Sandy in the vacant psychologist's office. Meanwhile, Roy, Antonio, Fay and Casey try to deal with the news they may have suffered food poisoning from Helen's tuna. 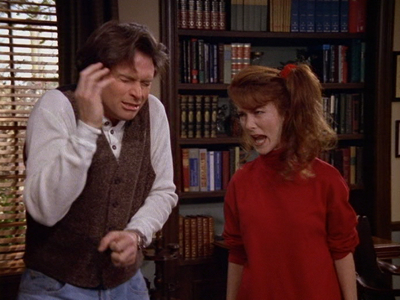