When Alex asks Mason if she can meet his parents, Mason shows her fake parents and she finds out soon after. She gets upset at Mason and demands him to take her to his real parents. Mason takes her to a werewolf holiday to meet his parents. Soon after that Alex finds out he told his parents that she is a werewolf and uses a spell to change herself into a werewolf. She thinks that Mason is ashamed of her but he tells her he`s not so while she is a werewolf she becomes the worst werewolf possible. In the end Mason`s parents like her as a werewolf and she says to him that they do not know the real her. She begins to leave and he says that he truly loves Alex to his parents and she is a wizard. She changes back to a wizard and Mason turns back to human form. After the parents find out they try to eat her and Mason and Alex make a near escape. Meanwhile Max makes his parents food taste good, like kid food and afterwards the parents eat it they turn into 4 year olds. Then Max does another spell and they become teenagers. In the end Justin does a spell and changes his parents back to parents. 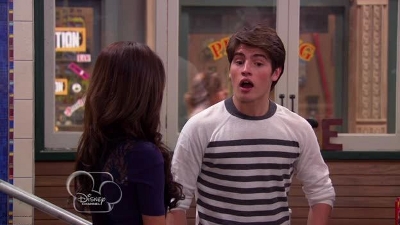