When a new sphere appears in Egypt, Professor X wants to try to communicate with Apocalypse, taking Storm with him. With Cerebro technology, the rest of the group watches as Apocalypse telepathically communicates his plan to awaken the dormant X gene in all humans, a process which will kill most 'normal' humans. Xavier tells Apocalypse that this isn't necessary, which angers Apocalypse. Storm comes to his defense, but instead sends them both away in the same way Magneto was. The X-Men are mortified, and are soon joined by Nick Furry who announces the restart of the Sentinel program. Apocalypse is confronted by three sentinels at the Sphynx, which act as decoys while more sentinels are sent to use their superior technology to disable the three spheres. Apocalypse defeats the sentinels, but sends out four horsemen under his control to protect them - Magneto in Mexico, Storm in China, Xavier in Egypt, and Mystique at the Sphynx. The X-Men split into four groups to fight the horsemen aroun 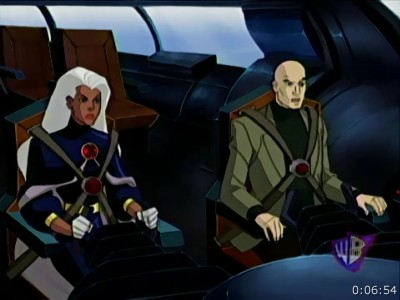