When medieval kingdom of Camelot is threatened by a dragon, King Arthur asks Merlin to summon a knight. When Merlin tries to summon the knight, he gets the Warners instead. The Warners defeat the dragon by tricking it into blowing itself up. They discover that it was really a robot that was being operated by mice. 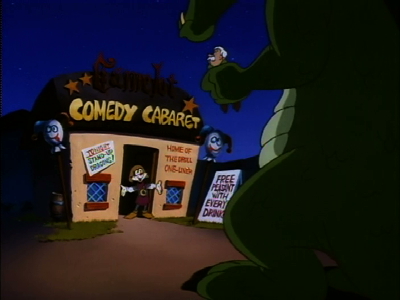