In 1954, Pinky and the Brain are kept in the home of Albert Einstein. They watch television and see a puppet show named "The Meany and Treacle Show". When the show announces that it is looking for new puppets, the two mice mail themselves to the show. They pretend to be puppets and grow enormously popular. They freeze themselves in cryogenic capsules and emerge forty years later. They arrange a pirate broadcast asking all their no adult fans to send them gifts. Unfortunately all their fans felt abandoned by them when they disappeared the show. They send Pinky and the Brain their therapy bills instead. 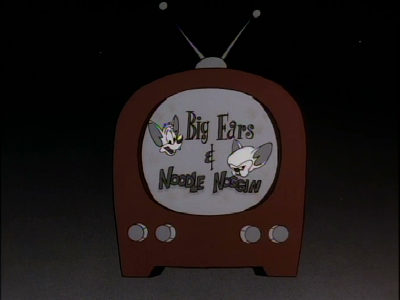