The Warners deliver sandwiches to a news show hosted by Mr. Dan Anchorman. When the arrive late and give him the wrong meal, he refuses to pay them. The Warners protest outside the studio and later sneak into the control room and mess with the controls. Eventually, Dan apologizes. He goes insane and is taken away to a mental hospital. 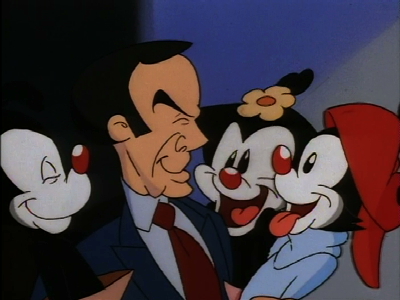