...And Justice for Slappy

Slappy is charged with assaulting Walter Wolf and tacken to court. Walter claims that Slappy attacked him when he was on his way to cheer her up. In reality, Walter was planning to catapult a beehive into her tree in order to drive Slappy out. Slappy threw the beehive back and Walter fell into his own trap. The jury finds in favor of Slappy because she planted explosives under their chair. Despite winning, she blows them up anyway. 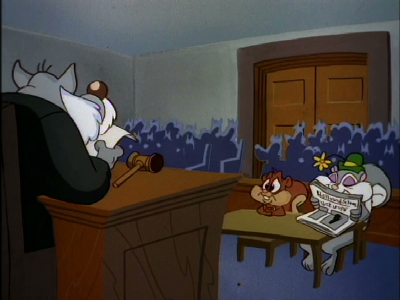