When a baby bird hatches, he looks up and sees a stealth fighter. The bird becomes convinced that the aircraft is his mother. He sneaks onboard the plane and grabs a bomb which he thinks is an egg. After the bomb is dropped, he heads back to his nest where he finds his real mother and his two other siblings that are just hatching. 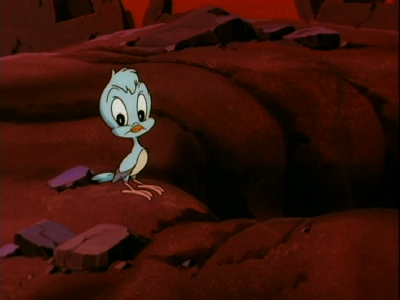