The Dreams of Dylan McKay

Dylan experiences a number of bizarre dreams as he fights for his life. He has recurring nightmares about trying to save Erica from a speeding train as Suzanne, Kevin and his dealer attempt to kill him. A medical student takes a special interest in Dylan's condition; she describes the nightmares as a battle for his soul. Dylan takes a turn for the worse but recovers following an inspiring conversation with his father. He awakens with his mother at his bedside. Steve and Brandon lead the KEG house team in a flag football tournament. They are distracted by news of Dylan's accident, and Steve bristles when his father appoints himself the unofficial coach. Steve makes a bid to take over the Peach Pit: After Dark. Music: 'Doctor My Eyes' by Jackson Browne (#8, 1972); 'Spirits in the Material World' by The Police (#11, 1982). 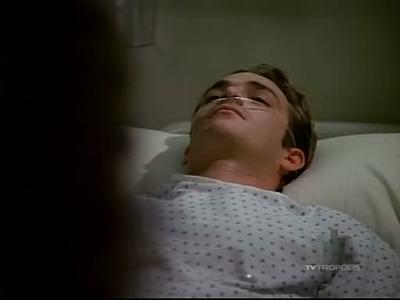