During Valerie's surprise birthday party, Abby announces that she and Bill are engaged. Val and Kelly join forces in the hopes of getting their parents to call off the wedding. They eventually realize that Bill and Abby are happy and decide to support them. Bill disgusts Kelly by backing out of the wedding and leaving her to break the news to Abby. Valerie gives David further insight into her traumatic family history as she tells him that her father sexually abused her. Brandon receives a job offer from a major newspaper, but faces a dilemma when he learns that he is only being hired as a replacement for striking reporters. He returns to the Beat and suggests implementing a health plan for the overworked and underpaid Janet. Steve hesitates to introduce Jill to Ted; she decides that she really likes Steve and comes back to him. When Donna's dresses fail to sell, Noah tries to give her a confidence boost by buying the entire stock himself. She is angry when she uncovers the truth. Music 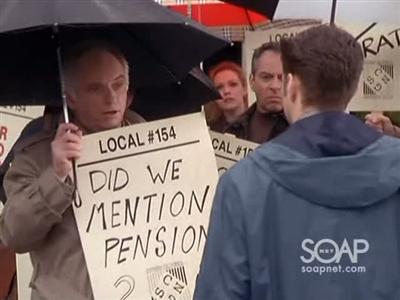