The Case of the Stolen Sperm

Concerned over the sudden disappearance of the two lesbians who have been buying his sperm, Ray enlists Jonathan to help him track the couple down. After breaking into their apartment, Jonathan learns the pair has flown the coop--but not without leaving behind a clue that both shocks and intrigues Ray. Meanwhile, George ignores Jonathan's warnings by publishing a disparaging editorial about Richard Antrem (Oliver Platt), sending his publishing rival into a fit of rage at the local watering hole. 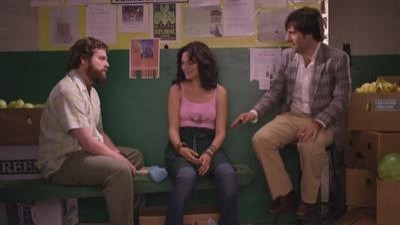