Attack of the Xenophobes

Whitney and Katie defend an ex-cop charged with murder, but are shocked to find that the main piece of evidence is an MRI of his brain that "proves" he is a racist. Alan defends Denny in court when he is charged with wrongful termination after firing an associate for being too fat. Meanwhile, Carl is furious when once again Clarence is caught on YouTube in drag, and Jerry is nervous about taking his new relationship with Leigh to the next level. 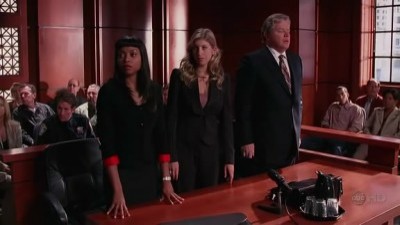