What is... Cliff Clavin?

Jeopardy makes an appearance in Boston, and Cliff gets on the show. The Jeopardy! round had all 6 categories Cliff specializes in, such as celebrities or the US Postal Service. But when Final Jeopardy approaches, he loses all his money putting a stupid response "Who are three people that have never visited my kitchen?" and becomes depressed afterwards. Meanwhile someone has stolen Sam's little black book and started ringing all the girls in it. 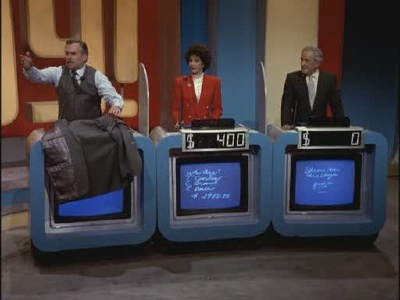