With general elections coming up, the two largest political parties, Seimin and Oozora, use favors within Kirishina to rally support for their respective candidates. The students prepare their attraction for the upcoming school festival, a rocket being propelled by a pressurized bottle of water. While testing the rocket, Iris has flashbacks of a terrible memory, and becomes sick. Nagisa asks Iris if not knowing her past bothers her, and she responds that she has nothing to complain about. The students' festival attraction goes over fairly well. Nagisa and Hanako try to figure out why money budgeted for A-TEC keeps disappearing, and after meeting with Director Kiryu, his suspicions are confirmed, and he begins to set his plan in motion. 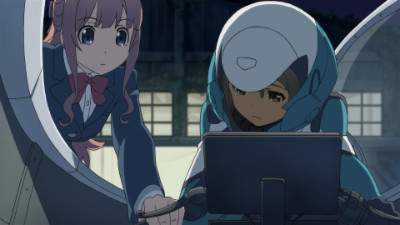