The day before the general election, Nagisa contacts Director Yuji Kiryu, telling him to turn on the TV and that his plan is now underway. The candidate for the Seimin party, Furabayashi, moved over to the Oozora party, to most people's confusion, with the party declaring their support for him, abandoning former candidate Murakami. Upon hearing the news, A-TEC's students feel like their souls have been crushed, as the candidate that pledged to support them is all but out of the running. Angelina reveals Nagisa's plan to A-TEC, showing that he persuaded Furabayashi to change parties at the last moment. Kaito berates Nagisa, stating that he's disappointed in Nagisa, and that Nagisa doesn't seem confident in his actions. Yuji Kiryu loses his position as director, and the CEO, Kazuhisa Kiryu, prepares for an oncoming battle with Nagisa. 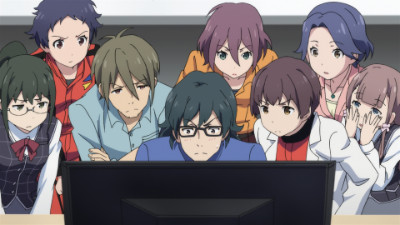