If at First You Don't Succeed

J.R. tells Bobby about Cliff's arrest. Cliff is released on bail. J.R. reveals to Bobby how he set Cliff up on the offshore drilling. Cliff admits to Pam that he wanted to kill J.R. Sue Ellen invites Donna Krebbs for dinner and is reprimanded by J.R. Donna and J.R. have a confrontation about her "filling in" for Bobby at Ewing Oil. Jenna Wade is mad at J.R. for bugging Bobby's phone and for the shooting. Pam vows to continue the Barnes-Ewing feud. Sue Ellen tells Jenna the story of her and Dusty Farlow. J.R. tries to sabotage Donna's work at Ewing Oil. Martha Randolph confronts J.R. about what he did to her husband. J.R. feels like he has turned everybody against him, and he turns to Sue Ellen. Pamela and Sue Ellen have a terrible fight over the Barnes-Ewing feud and Cliff's alleged shooting of Bobby. After striking oil big time, Cliff has an invasion of salesmen in his office. Bobby gets impatient with his eyesight problem. Lucy visits the place where her mother used to work as a waitress. 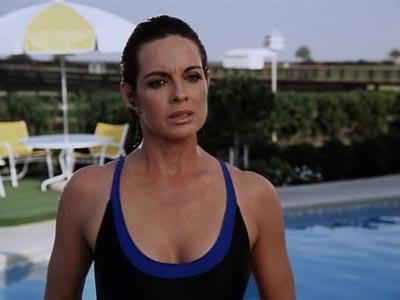