Vandal Savage retreats behind the Iron Curtain in the early 1980s, a string of nuclear scientists begins to mysteriously disappear. The team follows Vandal’s trail straight into the heart of the Soviet Union in an attempt to find his next target. Ray tries to bond with a beautiful Soviet scientist, Valentina Vostock, in the hopes of finding out Vandal’s next move. When Valentina rejects him, it’s Snart to the rescue. Stein pushes Jax to be better, which frustrates Jax and ultimately threatens the Firestorm matrix. Rip asks Sara to train Kendra. 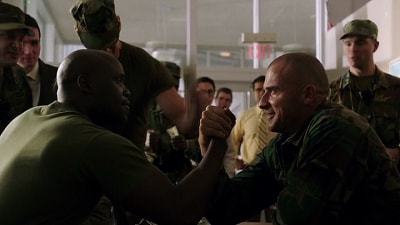