During the court proceedings of Mandrake's adoption of Kshin, Hai, an old Asian man, enters with proof that he Is the boy's grandfather. Hai's return sparks Kshin's memory- he was three years old and with his parents on the search for the Lost City of Dreams when the Dragon Queen attacked and his parents were killed. Mandrake re-counts his introduction to Kshin in the streets of Singapore, and the discovery of one half of a mysterious map on the boy. Hai pulls out the other half, displaying the full directions to the Lost City of Dreams. Kshin, Hai, Mandrake and Lothar decide to set out on an expedition to locate the city. In Shanghai, the Dragon Queen gets wind of the expedition and follows our group on its quest- through jungles, dangers and traps- into the Lost City. Once inside, the evil Queen captures our group and throws them into a well. They escape and are aided by the rest of the Defenders in defeating the Dragon Queen. However, in the process old Hai is killed. His dying wish is fulfilled when Mandrake completes his adoption of Kshin. 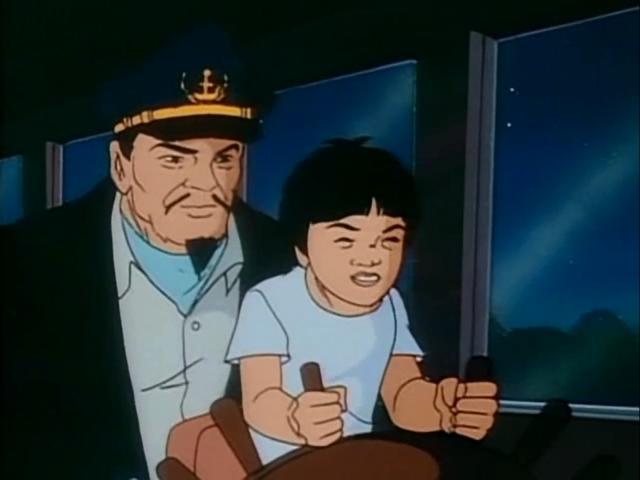