In battle simulation with Jedda, L.J. refuses to take part- he thinks it is only "kid stuff". Flash transports Morlag, a lizard-like leader of the rebellion on Mongo to Monitor, where Rick and the Phantom will deliver from Peru the Sun Medallions necessary for his people's fight to continue. Ming attacks the medallion base in Peru, destroying all the precious Firestones which focus their energy, then uses Octon to plant a virus program inside Dynak X so he can invade Monitor and capture Morlag. Meanwhile Flash and Kshin fly to an underwater volcano off the coast of Peru- the only other place to mine Firestones. When Ming attacks Monitor, L.J. thinks it is only another battle simulation, so he doesn't help when Jedda and Morlag are captured and taken away by Ming's forces. When he discovers the truth, L.J. feels horrible- prompting him to invade Ice Station Earth and conduct his own rescue. Flash and Kshin return with the Firestones, and L.J. learns a valuable lesson about adulthood. 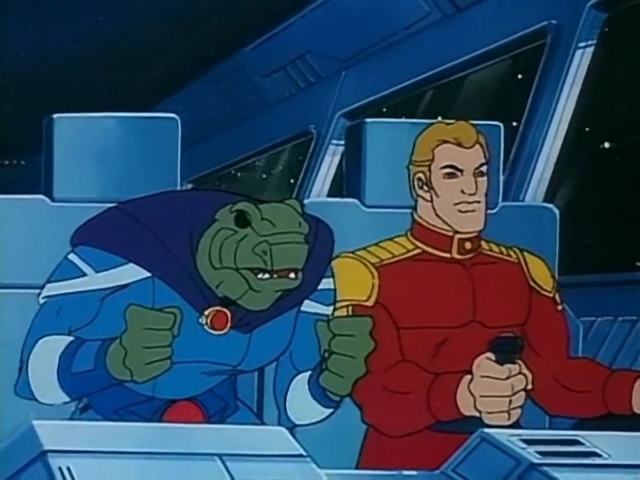