The Thunder Lizards of Ming

The Defenders fly to Alaska to inspect a dinosaur alert. While following dinosaur tracks, Rick and L.J. discover that a long-dormant volcano, with an artificial dome placed over it, is mysteriously heating up. The senior Defenders and Jedda spot Ming and Garax, while the Defenders are attacked by two Allosaurus Dinosaurs! After a narrow escape in a mountain cave, the group discovers Ming's evil scheme - he's used an earth drill to thaw out tens of thousands of beasts buried in the frozen tundra, and is sending them out to destroy the cities of the Earth! The young Defenders figure out how to work Ming's drill, and use it to blow up the drilling station. The volcano explodes, ripping off the dome, and the arctic climate returns - obliterating the Valley of the Dinosaurs. 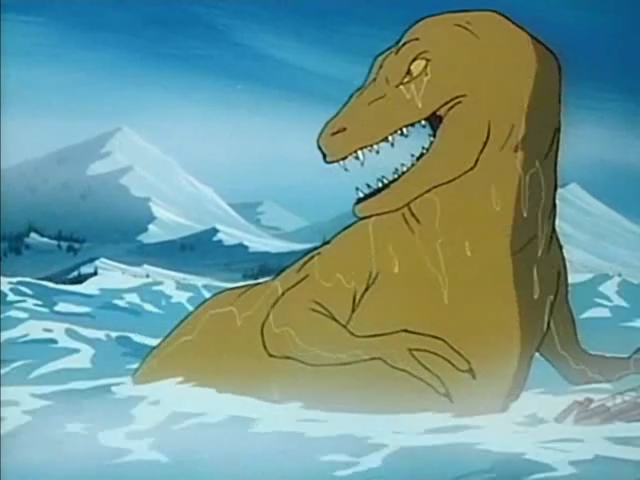