The Making of Derek

Ricky Gervais gives an exclusive behind the scenes tour and talk about the making of his new series, Derek. In conversation, as writer, director and the actor who plays Derek, Gervais discusses the character he plays, his thoughts on the series and describes his role as director. Alongside cast mates Karl Pilkington, Kerry Godliman and David Earl, Ricky heads backstage during the filming on set and location with candid access to his latest television project. 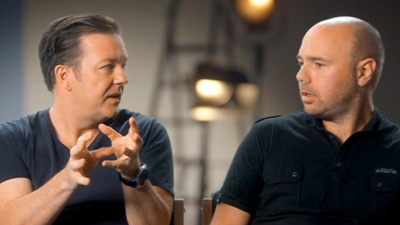