Kovac and Benton are rushed to the site of a school shooting, where they disagree over who is more critical: the severely injured gunman or one of his victims. Luka later tries to convince a stabbing victim to have surgery to save her unborn child. Abby catches Carter injecting unauthorized pain medication into his wrist. She tells Greene, who confronts Carter with Weaver. Carter denies it but Greene takes him off patient care, assigning him paperwork. Greene stages an intervention with Chen, Benton, Anspaugh and Weaver, giving Carter two options: he either goes to Atlanta and a detox facility, or he is fired. Carter quits and walks out of the hospital. Benton confronts him with a reminder of what happened to Carter's cousin Chase. Carter hits him but then breaks down in his arms. Later, as Weaver waits for word that Carter has gotten on his way to Atlanta, we see Benton sitting silently next to him on the plane. 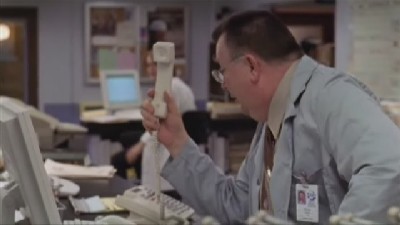