If It's Broke, Fix It

Toni refuses to speak to Todd because she is up in arms about his debt and feels betrayed by the fact that he failed to disclose this information sooner. While at the spa with Joan, Toni's ring is apparently repossessed by a woman on behalf of Harry Winston. A furious Toni plans to divorce Todd, but seems to soften as she discusses the situation with William. However, she still tries to throw Todd out of the house. After she explains that her greatest fear is becoming poor again, Todd says that he is afraid of losing her, and points out that he accumulated his debt trying to court her. Toni learns that Todd did not buy her ring at Harry Winston; the woman simply stole it after overhearing her conversation about debt. Todd gets Toni to agree to work on the marriage, and they reach a compromise about the insurance settlement for the stolen ring. Meanwhile, Joan confides in her new assistant, Peaches. She says that Ellis is away in New Zealand working on his movie, but she has dec 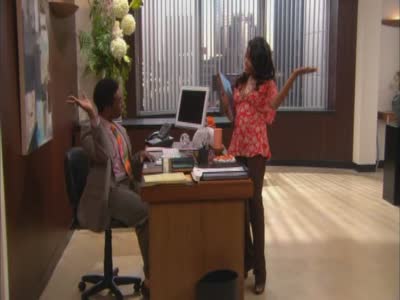