Toni refuses to believe Joan's claims that she isn't upset about spending Valentine's Day alone, and insists on constantly trying to cheer her up. She follows Joan to the movies and annoys everyone by talking loudly and giving away plot points. Joan gets up and moves to another seat, and runs into her old friend Davis. They go out to dinner and have a nice time together, but Joan realizes that she isn't ready to get into another relationship. Toni tells Todd that they shouldn't exchange Valentine's gifts because of their limited finances, but then reveals that she recently spent $2800 on boots. Todd is hurt when Toni then buys Joan a gift, but Toni actually realizes this and takes steps to correct her mistake. William tries desperately to make a connection with Donna, the woman at the bus stop, but she wants nothing to do with him. He makes the ill-advised move of sending Lynn to talk to her, which only ends up frightening Donna further. However, he later pleads his case and co 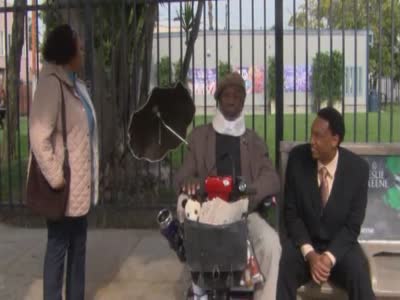