The newly unemployed Joan cannot stand the idea of just sitting back and relaxing, and drives her friends crazy by constantly cooking and knitting for them. She goes to the mall, and winds up taking a job at Wienercycle. Her friends tell her that this is a very stupid idea and convince her to quit. She tries to do this, but is inspired by the teenage shift manager's take-charge attitude and decides to stay and help her. Joan tries to defend her bizarre actions as the result of her work ethic, but experiences a wake-up call when she learns that the manager isn't really as gung-ho about her job as she had appeared to be. Meanwhile, William annoys Toni, Lynn and Maya by flaunting his new $6000 pen. Toni gets revenge by swiping the pen, and the girls enjoy watching William behave like a madman as he tries to find it. 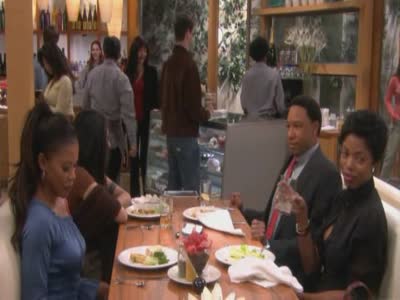