He Loves Her, He Loves Me Not

Joan feels bad about the way the girls have treated William's past girlfriends and decides to go out of her way to make Donna feel welcome. She hosts a dinner to give them a chance to get to know her. Donna is unnerved by the closeness between Joan and William, particularly when they take it upon themselves to help her organize a Cinco de Mayo party for the convalescent home where she works and get really excited about it. Donna confronts William during the ride home and offers the opinion that he is in love with Joan. He insists that this is not true and tries to provide reassurance. He then angers Joan by backing out of plans to do a song and dance together at the Cinco de Mayo party. Donna observes William's reaction to Joan's ridiculous performance and again opines that he loves her. William tells her about the psychic, but Donna believes that her purpose might actually have been to force William to face his true feelings for Joan. Meanwhile, the girls are furious when they 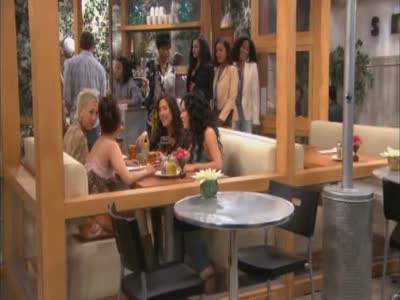