William is made a senior partner in the law firm. He is thrilled about this, as is Maya, who will now get a substantial raise. He brings a beautiful date to the party honoring his promotion. Joan comments that he now has everything he wants, but William still feels as though something is missing. He talks with Swedelson at a strip club. Swedelson says that William should not pursue a relationship with Joan and instead advises him to go after Sharon, who had earlier seemed to be sending William signals. However, William discovers that Sharon is involved with the building's security guard. He goes to Joan's house and tries to share his feelings with her, but backs down after she talks about thinking of him as her ""big brother."" Meanwhile, Toni, Maya and Lynn enjoy the benefits of an especially friendly masseuse. 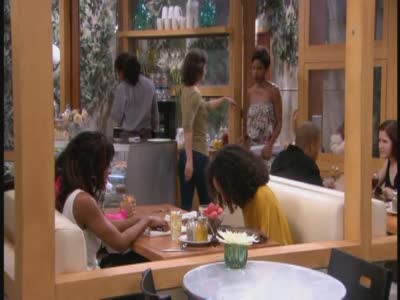