Maya's neighbor, Jalen, tells her that he would like to begin dating. She turns him down because she feels that she has to much going on in her life for a relationship. Lynn expresses an interest in Jalen and asks Maya's permission to date him. Maya gives her approval, but then confesses to Joan that she only did this because she is sure that Jalen will reject Lynn. Much to her surprise, Lynn and Jalen being seeing each other. A jealous Maya continually makes up excuses to barge in and try to break up their date. She eventually admits that she is interested in Jalen. She and Lynn ask him to choose between them, but Maya fears the repercussions on their friendship. They decide that neither of them will date Jalen. Todd tells Toni that he has been offered a job interview in New York. He is very upset when she tells him to go for it without even asking him for any details. He gets the job as a plastic surgeon on a reality show, and tells Toni that he doesn't want her to come wi 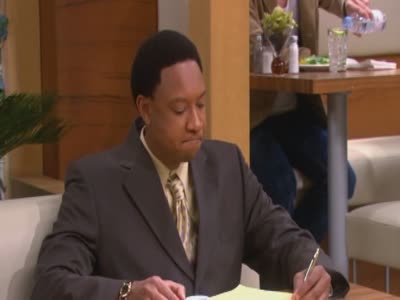