Maya self-publishes her book, Oh, Hell Yes, and sells it on the streets, where it is a tremendous success. Ronnie tells her that a major publisher wants to offer her a five-figure deal to release the book. Toni repeatedly tries to call Todd in New York, but he refuses to return her messages. She continues to act as though nothing is wrong in front of her friends, even when they express concern about her well-being. Lynn gets a new boyfriend, Lenny. Her friends note their physical resemblance and all the things they have in common (including allergies) and offer the opinion that they might be brother and sister. Lynn talks with Lenny's parents, who assure her that this is not the case. She breaks up with him because she is still freaked out at the idea that he could have been her brother, and decides to search for her birth father. William decides not to confess his feelings for Joan, and pursues an attractive woman he meets at the bar. However, he runs into Joan when she stops 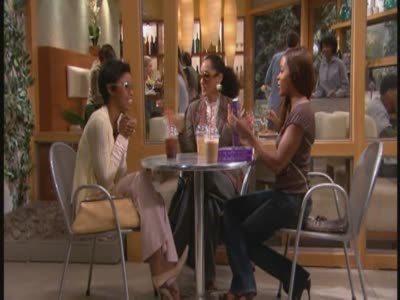