Hope reminisces with her family about the first fight she and Charley had during their courtship back in 1985 when they were both in college. Flashbacks to that fateful night reveal that it was also the first time Charley and Faith met. The fireworks begin when Hope cancels her date with Charley to go to a Huey Lewis concert, choosing instead to stay and console Faith, who is distraught after not being cast as the lead in her high school play. Both Charley and Hope think they missed the concert, but as the story is re-told, Hope uncovers some outrageous secrets that Charley and Faith have kept under wraps all these years – not to mention one last surprise that’s revealed about Hope. 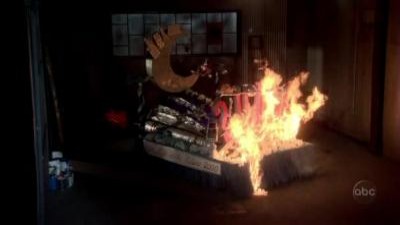