Kieren's dreams of escape are left in tatters when Maxine imposes an Undead travel ban on Roarton, also introducing stringent measures for PDS Sufferers to pay back their debt to society. However, being thrust together with Simon on Maxine's 'Give Back' scheme has its benefits. The two have a connection, and Kieren agrees to go to Simon's Undead party that night, where Simon makes a surprising declaration. Jem is troubled at school. A 19-year-old amongst 16-year-olds, she feels completely alienated, until she's revealed to be an ex-HVF war hero. Jem's reputation soars and she is befriended by the popular girls. However, when a PDS prank goes wrong, resulting in a terrifying rabid in the corridors, Jem is humiliated in front of her classmates. She gravitates to Gary, finding solace in a world she understands - hunting rabids in the woods. But it's here that disaster strikes. 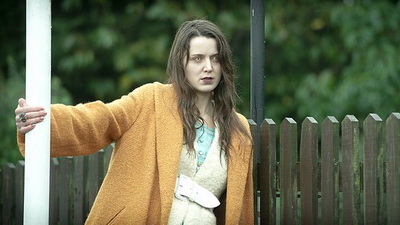