Dev hooks up with a girl named Rachel, though their night ends awkwardly after his condom breaks during sex. Later on, Dev and his friend Arnold attend the birthday party of their friend's one-year-old son. He runs into another friend and her kids there and babysits them for a while. Already 30, he begins to wonder if he might want kids someday. In the end, he decides that for now he enjoys being childless. 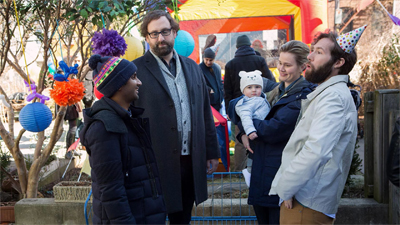