1916, and Britain's armed forces are decimated. Across the country, friends join up to fight together, in new battalions known as 'Pals'. Paddy Kennedy, a warehouse clerk from Manchester, joins the Manchester Pals Battalion alongside his friends Henry, Andy and Jim. They soon discover that the whole of their neighbourhood has joined up, including a nearby factory foreman, now their sergeant, Mitchell and their friend Lizzie, who has become a volunteer nurse. These pals are set to become part of the largest offensive ever mounted by the British Army, the Battle of the Somme. But after a successful first day, they are ordered to seize control of Trones Wood, a thickly forested copse riddled with enemy soldiers and impossible to navigate. Through all this, they survive shellfire and ambush, evade capture by the Germans and encounter the mysterious Private William Hunt, whose fate will become forever entwined with the life of Paddy Kennedy. Paddy's journey leads to the deadliest mission of all - the execution by firing squad of one of his pals. How will Paddy survive becoming a soldier? 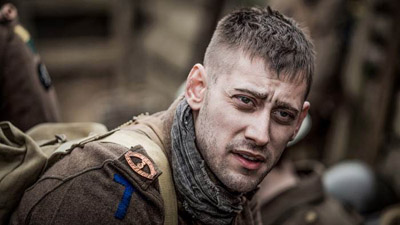