1918, and after four years of combat the British invent a new weapon designed to break the stalemate. Private Chas Rowland, determined to bring the war to an end and return home, joins the Tank Corps under the command of Lieutenant Mould, entering the extraordinary world of the Niveleur, a Mark V tank. Primed to take part in a major offensive against the Germans just outside the French town of Amiens, the crew of the Niveleur include Fred Firth, a father-of-two desperate to see his children again; Private Dodds, a tough warrior scarred by the loss of his brothers; and Mike Weston, a civilian mechanic conscripted into the tanks. The crew will only survive four gruelling days behind enemy lines if they can learn to work together. Can they bring the war to an end and make it home? 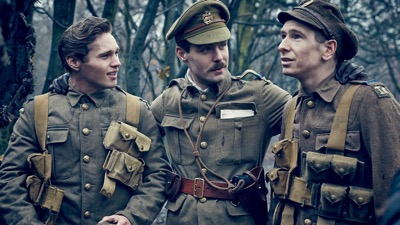