While spending the day at the local skating rink filming Commander Stanton's daughter for his busy boss, Kai spots a girl named Hannah, and immediately falls for her in more ways than one. But his attempts to get closer to her grows complicated, when he's led to believe that she's getting married. When the alleged groom is threatened by a falling power line, will Kai set aside his jealousy to save his life? Meanwhile, the Quakemaker spews spikes into the ground on Terra Venture, attempting to shake loose the Lights of Orion via massive colony-quakes. If Furio fails in this attempt, he's role as Scorpius' General is over! 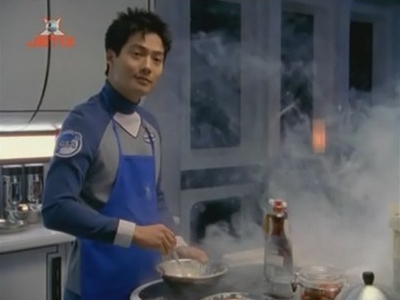